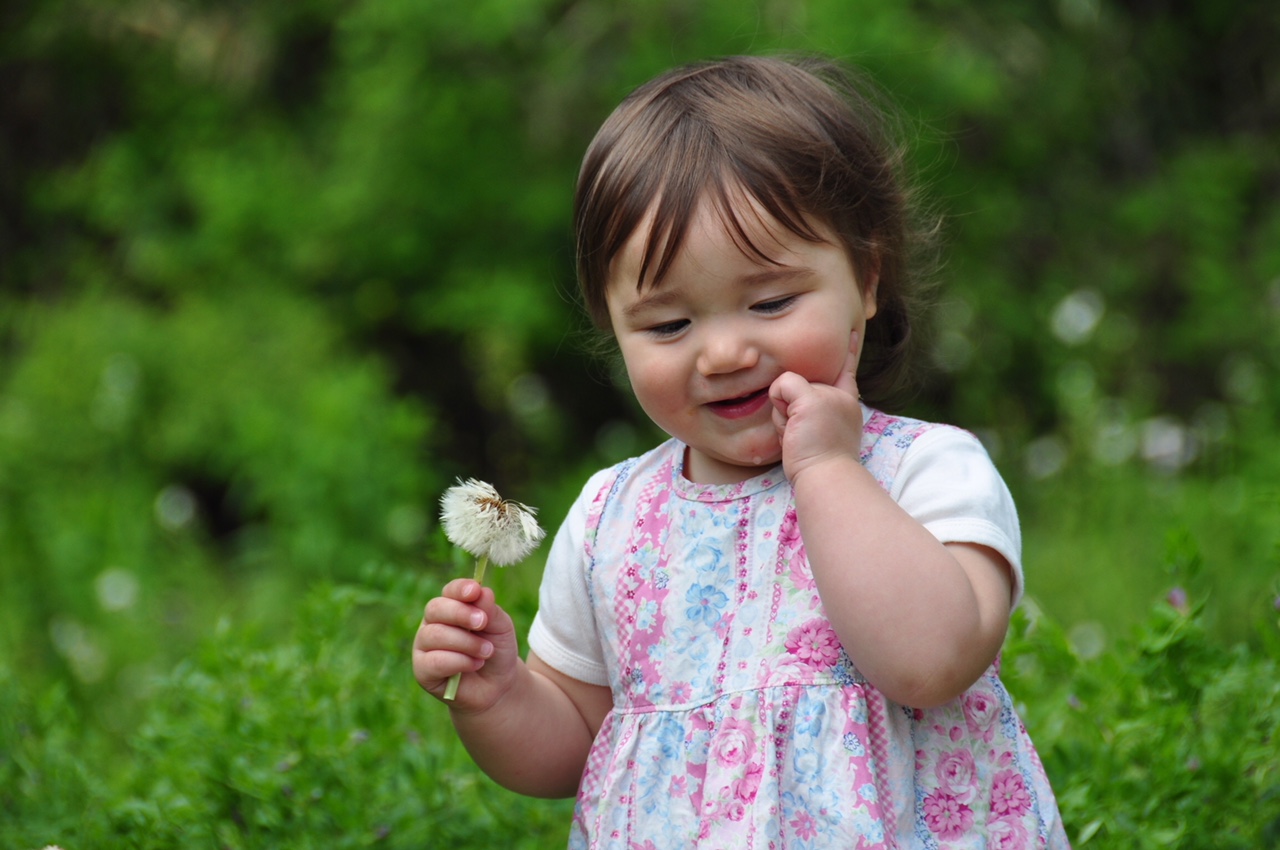 A Lactobacillus Probiotic that Restores and Supports Gut Health 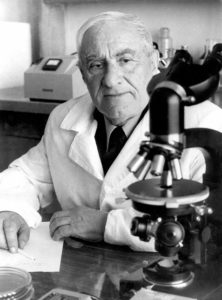 In 1953, Dr. Levon A. Yerzinkyan at the Institute of Microbiology within Armenia’s National Academy of Sciences discovered a unique strain of lactic acid bacterium from meconium of his granddaughter, Narine.  The strain was not only highly resistant to antibiotics but also to bile and acid. He named it Lactobacillus acidophilus Er-2 317/402, but it is more commonly known as “Narine.”

Since its discovery, Narine has been widely used in various forms for almost 60 years in Armenia and the former Soviet Union.  Notable uses of Narine include not only a nourishing substitute for breast milk and a nutritious food for children, but also a treatment for intestinal infections, among others. In addition, Narine was used as part of a treatment for dysbiosis among individuals who suffered radiation exposure during the 1986 Chernobyl Nuclear Power Plant accident.  Reports indicate that a majority of these individuals achieved normalization of microflora and correction of dysbiosis when Narine was incorporated into their treatment.

So why is Narine a superior probiotic? It’s because Narine possesses a number of unique characteristics, such as:

Note: A pathogen and one of the three probiotics were grown in a petri dish.  Results were measured 6 hours later (unit: mm).  The higher the number, the higher the resistance of the probiotic to the pathogen.

To date, there are approximately 200 clinical studies and published articles that document the safety, efficacy, and therapeutic effects of Narine. Therefore, the World Health Organization and the Russian Academy of Sciences have recommended Narine as a nutritional supplement.

While Narine has been extensively studied and utilized in Armenia for over four decades, its existence was virtually unknown to the Western world until the dissolution of the Soviet Union. In Japan, a small number of researchers began to study Narine in the late 1980s. Today, applied research is being conducted in several fields of study, but Japan lags in conducting clinical studies of Narine when compared to other countries.

The Beginning of Narine

In 1953, Dr. Levon A. Yerzinkyan at the Institute of Microbiology within Armenia’s National Academy of Sciences succeeded in isolating this unique strain of lactic acid bacterium.

Although Dr. Yerzinkyan was a biologist, his passion in finding the most effective lactic acid bacterial strain for humans led him to continue his research in that area. Hence, when his granddaughter Narine was born, he analyzed 10 types of lactic acid bacteria from her meconium and discovered a strain that was highly resistant to antibiotics, bile, and acid.  He named it Lactobacillus acidophilus Er-2 317/402.

A few years after Narine’s birth, she suffered from a severe intestinal infection.  Her condition did not respond to treatment, and her life was in danger. After consulting with her attending physician, Dr. Yerzinkyan proposed that his granddaughter’s treatment include the highly acid- and bile-resistant lactic acid bacterial strain that he isolated from her meconium.  The administration of this strain miraculously worked as a treatment so that the girl fully recovered from her illness. This is the reason that Lactobacillus acidophilus Er-2 317/402 is more commonly known as “Narine.”  And today, Dr. Yerzinkyan’s granddaughter Narine still lives in good health in Armenia.

Reference：Biological features of some races of Lactic acid bacteria,Yerzinkyan, L.A.

Narine, since its discovery in 1953, has been studied under jurisdiction of Russian government, by Armenia Science Academy Microorganism Laboratory and other medical institutions.

With Armenia’s independence in 1991, the production of Narine was transferred to Vitamax-E LLC, the predecessor of Vitaway LLC. Below is a recent history of the corporation:

A record of 420,000 Narine products are sold in 2017, and more than 7 million packages have been sold since its establishment in 1997. Exports have expanded to countries including the United States, Japan, Korea, Eastern Europe (Russian, Ukraine, Belarus), Baltic states (Latvia, Lithuania), and Central Asia (Uzbekistan, Kazakhstan).

Anyone has a hundred great doctors in the body

This is a famous quote from Hippocrates, a Greek doctor from 2500 years ago who’s considered to be the founding father of modern medical science. Many of Hippocrates’ proverbs have been passed down over centuries as Hippocratic Oath, and widely recognized as the origin of medical ethics we have today.

The quote “a hundred great doctors” refers to natural healing power humans inherent in the body. Hence, you can maintain a healthy condition by having a strong immune system. Recently, the intestine is drawing attention from researchers around the world in pursuit of a better understanding of these vital organs.

It has been discovered that the intestines play a hidden and important function as “in charge of immune system of the whole body”. We came to understand that enterobacteria and immune cells in the intestines function reciprocally to protect the body from diseases and controls the immune system as a whole.

It is believed that there are more than 1,000 types of enterobacterias that exist in the human intestines, and the total number exceeds 100 trillion. This intestinal microorganism unfolds battle of survival in the internal digestive track, forming equilibrium condition by maintaining a certain amount of balance by mutualism. It is said that 70% of immunological capacity is governed by the intestine.

However, it is becoming a concern that the abnormality of immune cells amongst modern people is rapidly increasing. Autoimmune diseases occur when immune cells attack their own cells in the body. It has become evident by the latest study that the immunity running out of control is caused by the irregularity of the enterobacterias.

Our health is being threatened without being realized today. The intestine is an essential organ not because it digests the food we eat, but it protects our body from outside harm. It improves the immune system, and is crucial to live a healthy life. Thus, it is important to regulate your intestinal environment to maintain your health conditions.

The birth place of Narine, Armenia

Armenia, the birthplace of Narine, is located in Southern Caucasus, between the Black Sea and the Caspian Sea. It is a landlocked country with Georgia to the north, Azerbaijin to the east, Iran to the south, and Turkey to the west. The country gained independence from Soviet Union in 1991.

Armenia is famous for being the first country to make Christianity its national religion in 301. Today, its capital Yerevan is one of the oldest cities in the world. The area is about 30,000 square kilometers, and 90% of the country is a plateau, which ranges in altitude from 1,000m to 3,000m. Approximately 3 million people live in this region. 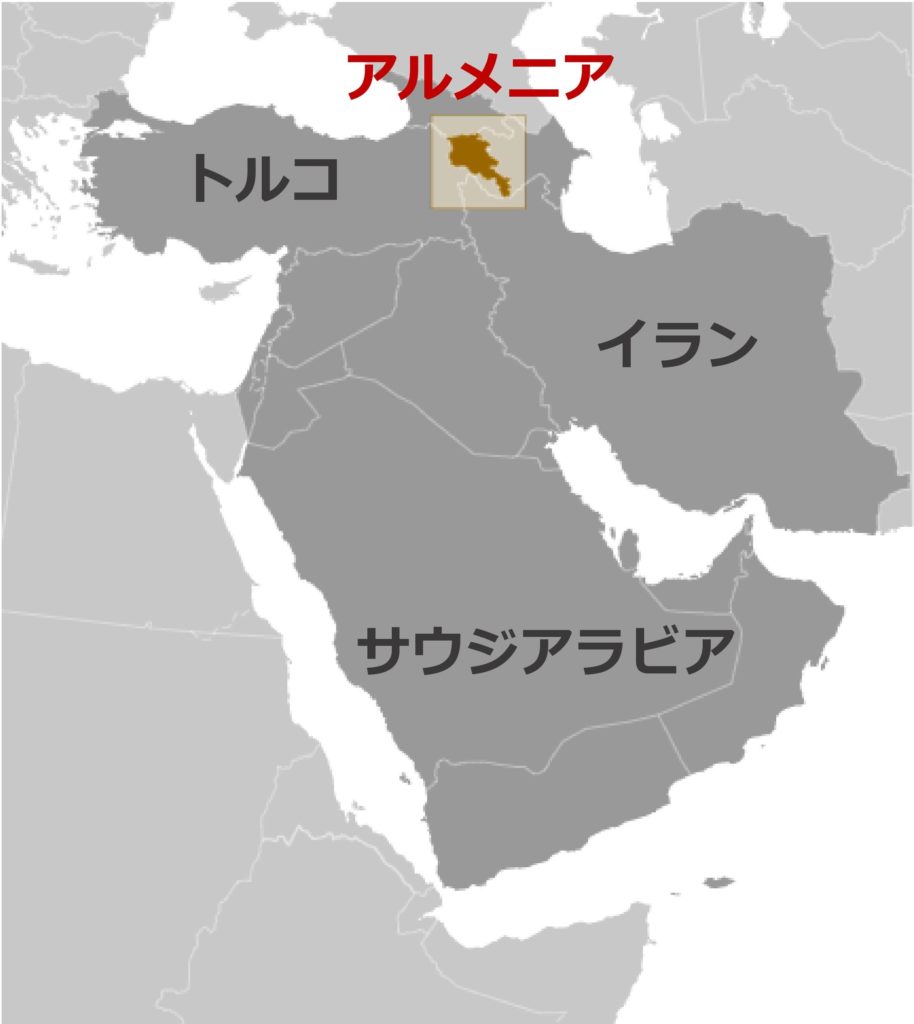 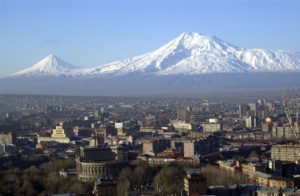 While Armenia is not large in size, but it is a mystical country with rich, ancient history. “Noah’s Ark” from the Old Testament book of Genesis is believed to land after the flood recedes at Ararat Mountain at an altitude 5165m. For this reason, the mountain has become one of Armenia’s national symbols. Many Armenians believed they were the direct descendants of Noah and worship Ararat mountain as the ethnic symbol.

Armenia’s location in Caucasus made it a key point in the silk road that connected Asia and Europe. Since ancient times, it has been a place where various people, supplies, religions, and cultures crossed paths.

A highland region Armenia is rich in fruits. Apricots, grapes, mulberries and raspberries, persimmons, figs, and cherries can be found growing in the wild and it is not uncommon to see people picking the wild fruit and eating them. Natural springs flow from the mountains, and there are numerous water fountains throughout the capital city.

Armenia is a country that places high value on traditional culture and customs. As part of this, Armenian food is an integral part of the culture of the country. Staple foods consist of dairy products such as cheese, yogurt, and sour cream.

Armenian traditional bread “Lavash” was registered as a UNESCO Intangible Cultural Heritage in 2014. “Lavash” is a very thin bread that is made by stretching the dough with a rolling pin, then stretching it again with both hands until it is as thin as paper. Once it reaches the right consistency, the dough is then baked in a traditional underground pot called “toner.” Generally, in Armenia, meat (kebabs, barbecued meat) or fish is wrapped in “lavash” and eaten with vegetables.

Because of the importance of “Lavash” it has become a symbol of family and wealth dating back to ancient times. During wedding ceremonies, a common tradition involves the bridegroom’s mother praying for the bride and groom to be blessed. Their shoulders are placed on the bread to consecrate the blessing.

In addition, Armenia has a long history with wine and other liquors. The country is considered to be one of the birthplaces of wines. It is believed to have been crafted here since the 8th century BC. In 2011, the world’s oldest winery tracing back 6,100 years ago was found inside the Areni 1 cave in the Vayots Dzor region.